Remodeling your kitchen is a huge undertaking. As a homeowner, you may or may not be aware of the nitty-gritty of the remodeling process. Precisely why a little help and inspiration from other remodelers can go a long way.

Before you begin remodeling your kitchen, it’s ideal to have a vague idea of what you can do with your space. To help you get started, we have compiled some beautiful kitchen remodels. Here are some before and after kitchen remodel projects that will help you get inspired.

Lessons We Can Learn From Successful Kitchen Remodel Projects

You don’t need to have a big kitchen to give it a modern makeover. Small kitchens can be tricky, but you can do so much with them. For instance, the partition separating the kitchen and the living space is an obstruction. Not only does it make the kitchen look smaller, but it also doesn’t serve any purpose.

The homeowners replaced it with a breakfast nook. They opened up the kitchen space and added a functional element. Similarly, they removed the dreary wooden cabinets with modern open shelving. 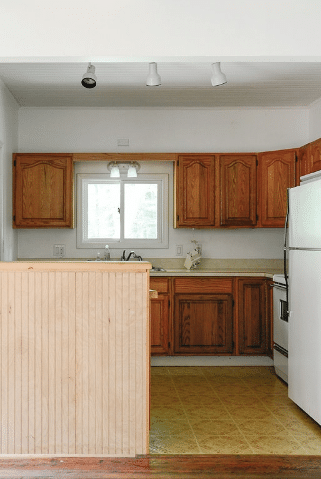 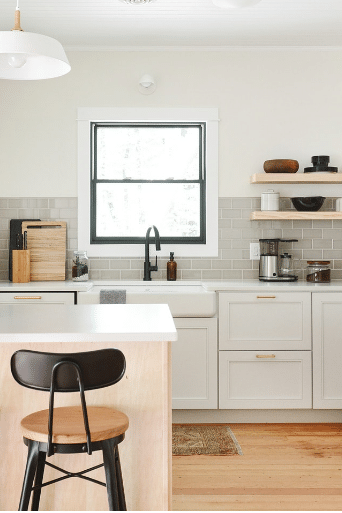 The white cabinetry and a wider window make the kitchen brighter. That in turn gives the kitchen an open and airy feel as opposed to boxed in and dated.

Key Takeaway:  Find ways to open up the kitchen space. There’s a lot of hidden potential in your kitchen. You can start by considering removing cabinets or tearing down a wall.

Your kitchen is the heart of your home. However, sometimes it doesn’t represent it. Most kitchens, even remodeled ones, fail to show the personality of the people who live in it. Just like this homeowner did.

The homeowners began by removing the old wooden cabinetry. They made a clever decision to replace the upper cabinets with open shelves throughout. The decision led to an open canvas for them to design and store as per their choices.

They repainted the lower cabinetry with the color of their choice. At the same time, the storage elements also boasted the same turquoise blue color. 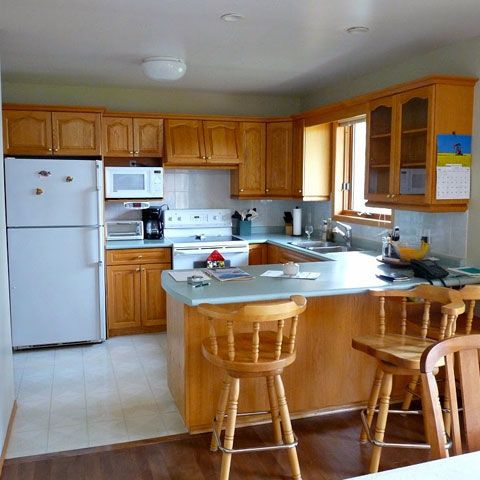 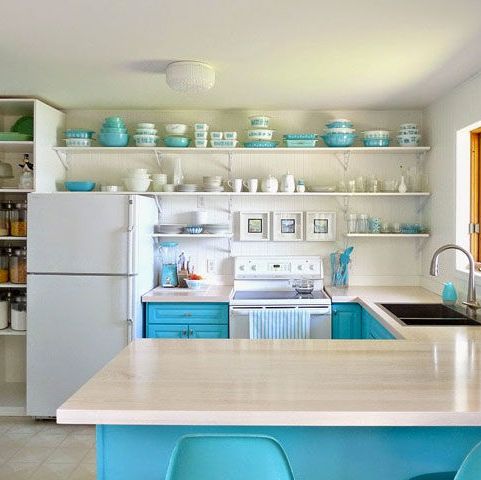 Key Takeaway: Don’t be scared to inject your personality into the kitchen. Remember, being bold pays off. No one remembers a cookie-cutter kitchen. By personalizing your kitchen, you are giving it a specific character.

This particular kitchen remodel project is a good example of how to add some character and personality in the kitchen without overdoing it. The subtlety that comes with choosing a bright color and incorporating it seamlessly is quite impressive.

Not all kitchens can be easily salvaged. As you can probably see, the kitchen needed some major upgrades. Old kitchen designs are not only an eyesore but also lack the functionality required for smooth daily usage.

They began by moving the refrigerator to the left side of the kitchen to create a more seamless flow. White subway tile backsplash gives it a modern and efficient makeover. Old cabinets were replaced with modern grey cabinets. The contrast between the white backsplash and grey cabinets gave the kitchen an edge. 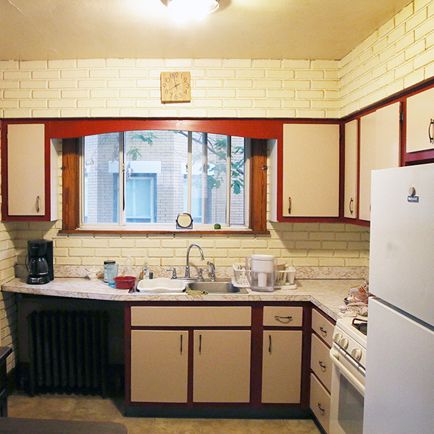 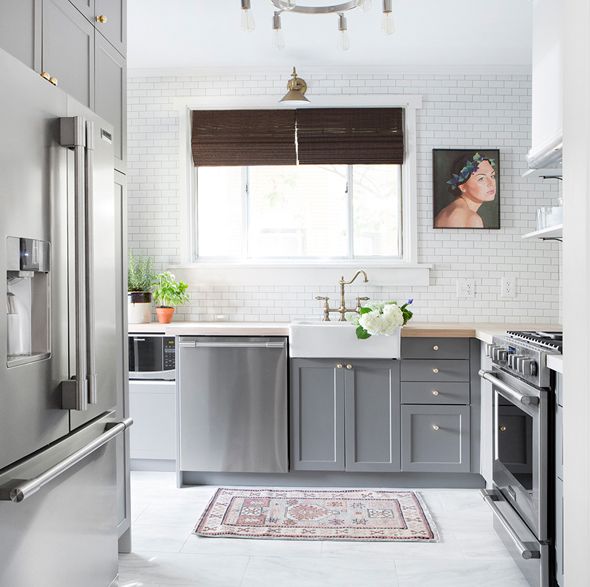 The homeowners also freed up the walls by getting rid of the upper cabinetry. This allowed the walls to shine and shift focus to the big central window.

Key Takeaway: Investing in the right upgrades pays off. Cabinets and the kitchen walls form a huge part of the kitchen’s square footage. They are also the ones that have the biggest visual impact. Invest in the right materials and design for these to make the most out of your kitchen remodel project.

The problem with most kitchens is that there simply isn’t enough space to work with. The counter space in this kitchen was virtually non-existent. One of the biggest changes made in this kitchen is the addition of the countertop.

Since it was a small kitchen, there wasn’t much room to work with. Hence, the homeowner created a built-in breakfast nook right next to the stove space. The white countertop provides a substantial workable area while adding a clean aesthetic to the kitchen space.

The window is left unobstructed to allow natural light. Glass-front cabinets add to the openness of the kitchen space. 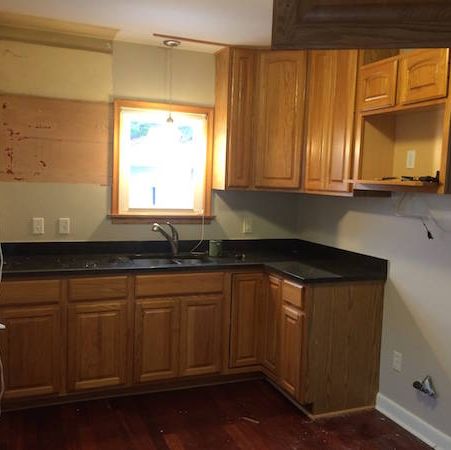 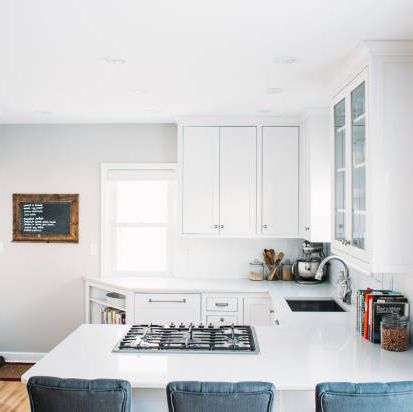 Key Takeaway: You need to identify your issues with the current kitchen. To remodel your kitchen, you need to be aware of the biggest problems you face on a daily basis. For some, it’s the lack of storage, while for some, it’s about not having enough room to work with.

Once the problems are identified, you can start working on their solutions as well as the execution aspect of the kitchen remodel.

Kitchen remodeling is not an easy decision to make. You are setting apart months and a considerable amount of money for this project. You also expect to gain a significant return on this investment. Whether in terms of more functional living space or higher market value for your home.

What makes the process easier is learning from other’s experiences. A kitchen is a fairly complex and technical room. However, it shares a lot of uniformity in terms of design principles and rules.

These before-and-after kitchen remodel projects can help you gain that extra information. These practical examples are the perfect starting point for any remodeler who wants a visual guiding point for their ideas.